All Collections
Advanced Configurations & FAQ
FAQ
Why does my worker have 0% productivity?

Why does my worker have 0% productivity?

Written by João Xavier
Updated over a week ago

Sometimes while analyzing your production productivity you might have a worker that has one or more production records with productivity at 0%.
In this article we will help you understand why and correct any problems.

This can happen because the system considers that the worker or the machine associated with the record are not in their working hours.
This may be related to their schedule, downtimes or punch clock.

Both workers and machines have schedules associated to them. If they are working out of their schedule, their productivity will not be counted.

You can check both a worker or machine's schedule in the bottom of their pages.

So first, you can check if the record was made during their working hours.
If it was not, you have found the problem and you can adjust either their schedule or punch clock for that day and the productivity will retroactively be corrected.
Same applies for machines.

If the machine or worker had a downtime inserted during the production time, the productivity will also be affected.

On the Downtime dashboard you can filter by the worker or machine and check if there was a Downtime inserted during the production time. 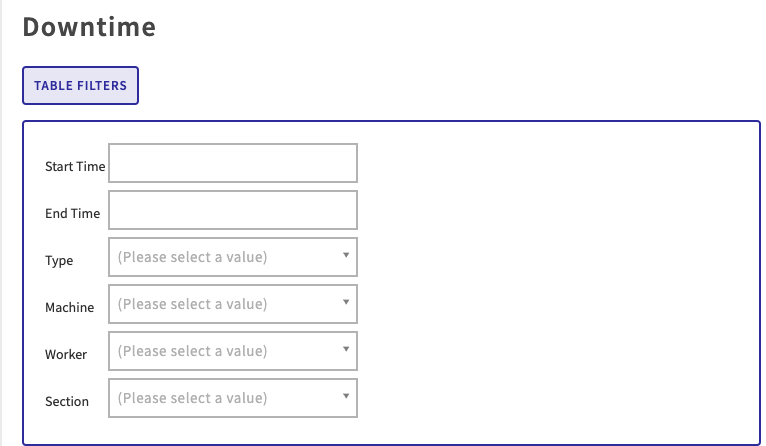 Like the schedule, if this was the problem, you can either edit the downtime or the production to solve the 0% productivity.

Moreover, if workers only use the Punch Clock to mark their presence and the worker did not punch in, their productivity will not be counted.
Similarly to Downtimes, you can filter by the worker number in the Punch Clock dashboard and verify if this is the case. 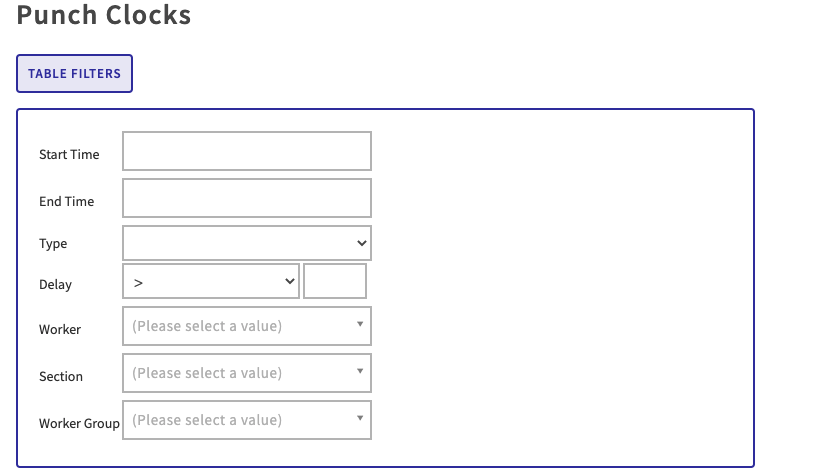 As mentioned before, this issue can also be caused by the machine, if a machine that is considered "Out of working hours" is used in the record.

Machines also have schedules and downtimes, so both processes used for workers above, should be used to check on the machine as well.

If the operation itself is defined as "No Quantity" or "No Time",
Autodesk Prodsmart has no way of defining the productivity and it will be shown as "-%".

If productivity is unusually low or high, you can check the cycle time for the operation, and see if it is adequate to the actual time workers take to complete it, you can check our Batch time update article to get more insights on this.

With this you are well armed to troubleshoot the reasons why a worker's productivity might be displayed as 0%. If you couldn't find the reason, feel free to use our support channels.