Below, you can see a fictional example with all the possible formats and its explanation.

(Note: Don’t worry. “João Martins” is not a real worker. Not a single worker with a performance as bad as his would work in a company which would use our system. It would be impossible for somebody to know that he has this work performance and not improve upon it. “João Martins” is just an example to show all the formats that a report can have.)

Green time – Indicates that, in this case, the worker is positively ahead of schedule.

Red time – Indicates negative deviations regarding the scheduled time, i.e, the worker took longer than what was supposed to.

Highlighted in Red – Indicates a production that was carried out simultaneously with another production – usually this happens when there are changes in the management model regarding the executed production.

Highlighted in Orange – Indicates that there may be a time or quantity error. In such case, the worker took less time than what was expected or did so much product that the system thinks it is not possible.

Orange Underline – Indicates that there was down time – time intervals – bigger than the period of maximum tolerance defined in the system, in this case, 5 minutes. 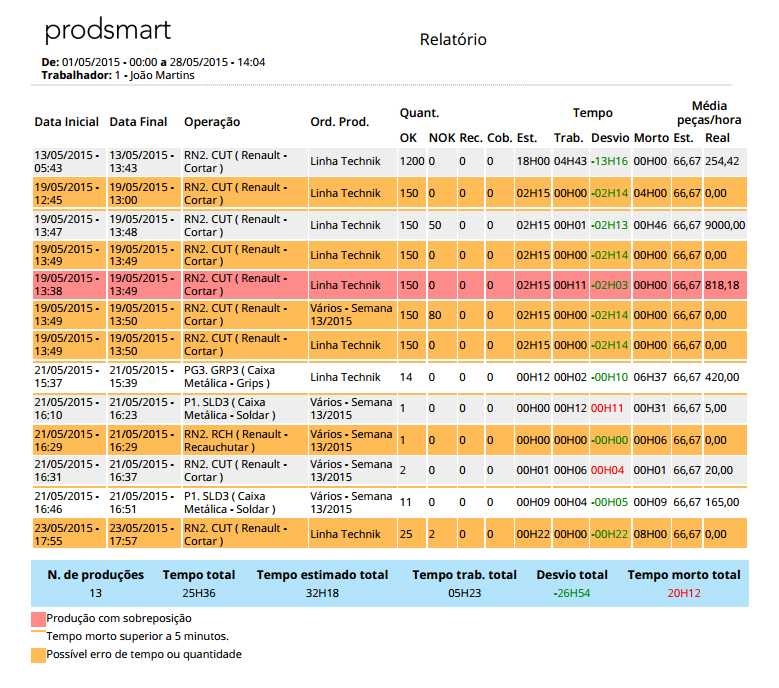