The analysis in Autodesk Prodsmart can be performed base on 6 factors. To choose any of these you just have to press the respective button on the graph.

Productivity – Choosing this factor produces a graph with the following variables: 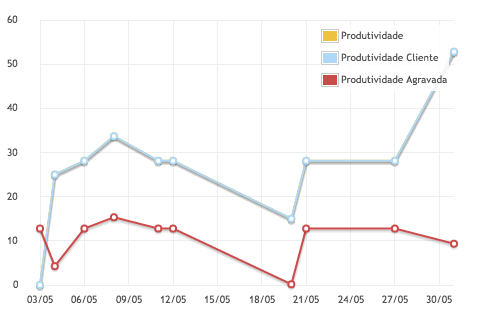 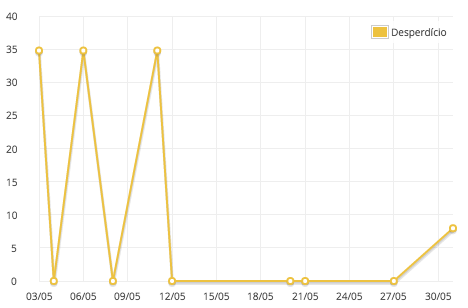 - Quantity – Number of units produced in accordance with quality standards.

- Quantity of Waste - Number of units produced not in accordance with quality standards.

Presence Time – Average hours spent by workers in the plant. 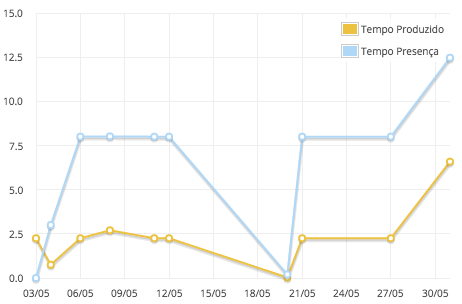 Productivity – The speed at which each work center works as a percentage of the optimal productivity for which it is designed to.

Availability – Represents the percentage of the scheduled time that the operation has to operate.

Quality – The good units produced as a percentage of all the units started.

OEE – “Overall Equipment Effectiveness”, known in the jargon as “OEE”, is a composite metric which quantifies how far a factory is from its optimal performance – the performance level for which it was designed to. It is an aggregation of other three factors (Availability, Productivity and Quality).

Using the values of the aforementioned examples for each one of the OEE factors: 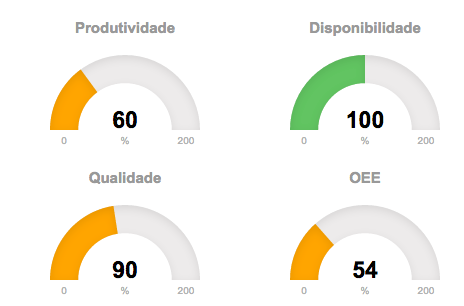 OEE Analysis - This type of analysis uses a graph which you might already know from our Dashboard. The indicators are exactly the same. The special feature in here is that you can choose other objects of analysis and analyze OEE and its constituent factors (Productivity, Availability and Quality) of each object. This is extremely useful if you want to know what the OEE of each Worker, Product or Operation is, for instance. 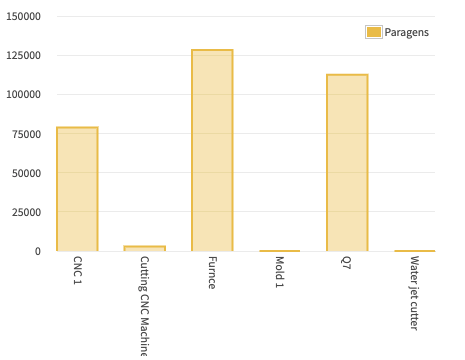