Learn how to set team operations

Written by Erica Rodrigues
Updated over a week ago

The "Team Operations" option is useful when you can't/don't want or it doesn't make sense to separate the quantity produced per user within the same team or group operation.
This means that the final produced quantity is produced by the team as a whole.

How to setup a Team Operation

For an operation to be performed in a group/team, you need to activate it: 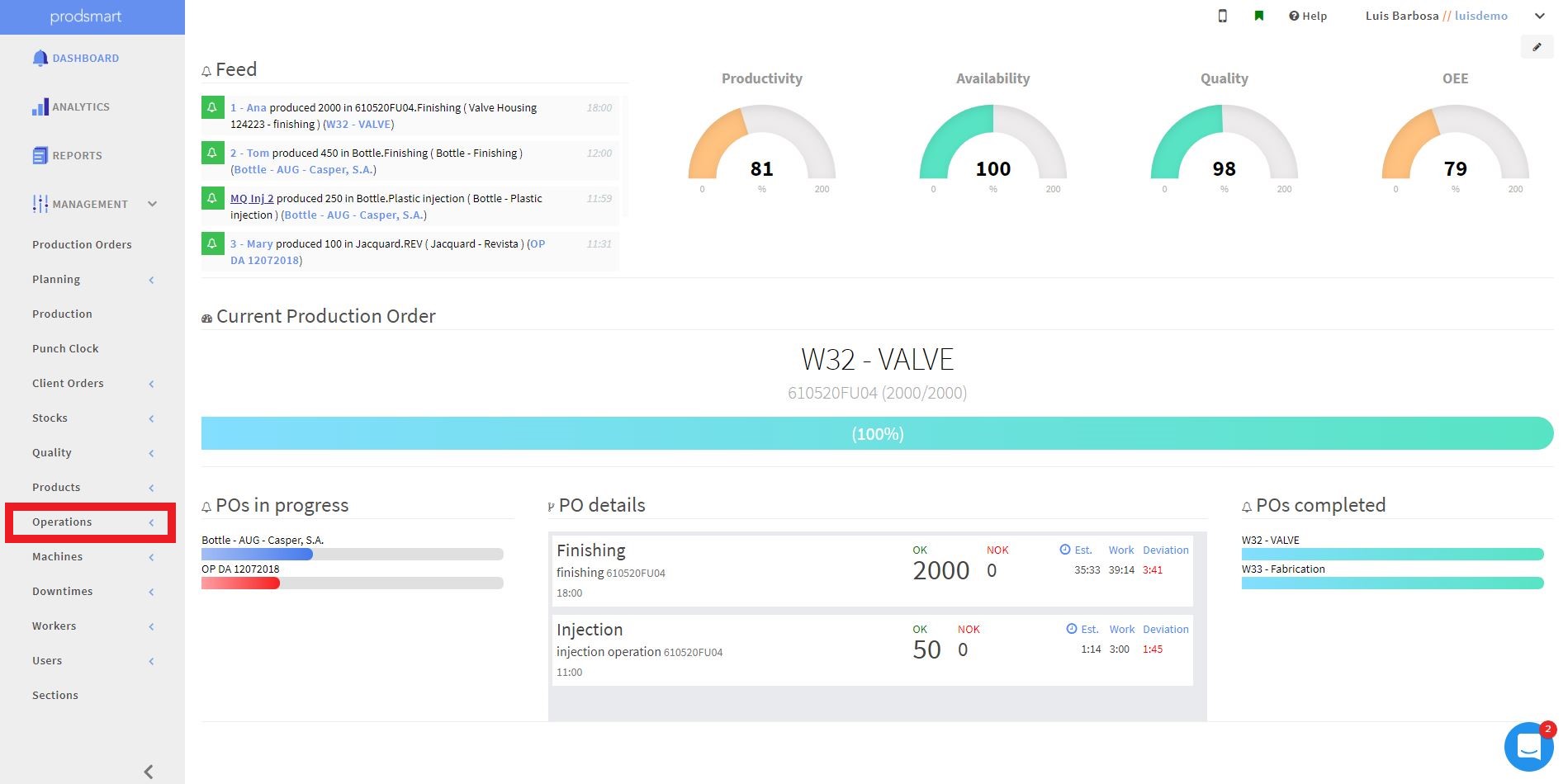 2. Find the Operation you want to setup (for an easier search, use the table filters);

3- Click on the Operation's code or on the "Edit" button;

4- In the Operation's screen, tick the "Team Operation" box; 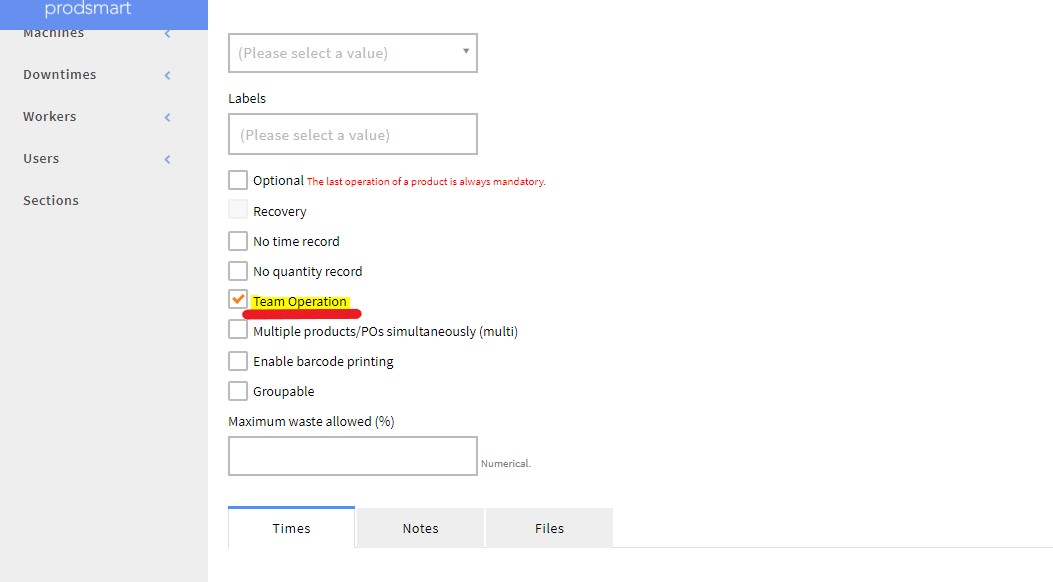 On the mobile app, Team Operations will show a team symbol, as shown below: 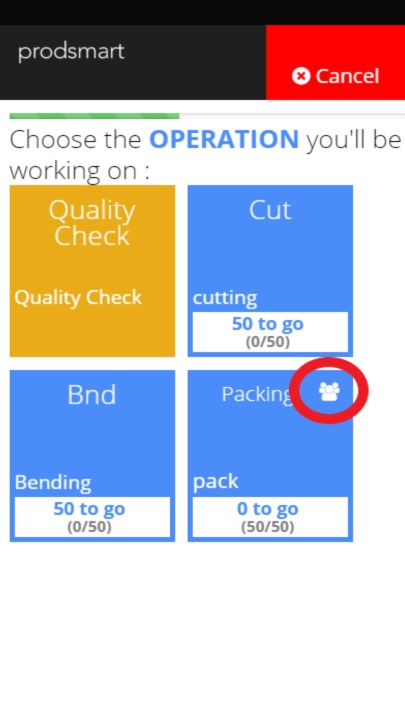 There are 2 ways to start a Team Operation:

1.1 - The first worker executes the same check-in procedure as for any other operation;
1.2 - Remaining workers proceed in the same way, but a new screen will be shown that allows them to join an already existing team or setup a new team. See the following example:

2.1 - The first worker executes the same check-in procedure as for any other operation;

2.2 - Remaining workers can join through a specific button (if you need to activate this button, please speak to us), choosing the team that they wish to join directly. See the below example:

Scenario 1
When a Team Operation ends, it can be easily closed by only one of its members.
The produced amount should represent the total produced by all the team's elements up until that point in time.
In the confirmation screen, simply select the "Close Team" button, as shown in the below example:

The quantities will be divided by all the elements of the team, according to the time that each one spent performing this operation. Workers that entered the team earlier will have a superior amount when compared to workers who joined later:

Scenario 2
As the operation goes by, one of its elements needs to abandon it. This element should check-out and indicate the quantity that the whole team produced up until this point in time, using the "Confirm" button.
When the remaining elements finish their work, they should indicate the total finished amount (including the quantities already registered by members that had previously abandoned the operation).

Moment when a single worker leaves the team:

Final moment, when a team finishes the operation:

In both cases, the quantities will be divided by all the team's elements, according to the time each one spent performing the operation. Workers that spent more time, will have a higher distribution of quantities attributed to themselves.

Pro Tip: if you want to start a new team operation with the same team, simply press the button "New Team Production".